“Fashion is about dressing according to what’s fashionable. Style is more about being yourself.”

The great Oscar de la Renta once said this. It was one of the many inspirational quotes he has said over his career. Over his eighty-two year old life span, over fifty of this time spent designing clothes, the designer has become known for quite a few accomplishments. No matter how much someone is interested in clothing, at the end of the day, Oscar de la Renta created quite the impact on the fashion industry that has effected women everywhere. From TV to the office, the famous designer has created clothes that has stuck in everyone’s mind. 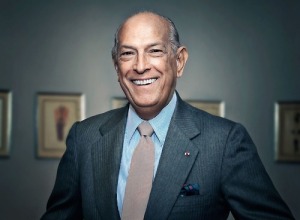 Sex And The City

There wasn’t a moment where Oscar de la Renta created anything with the greatest innovation or revolutionary work however he has managed to stick in everyone’s mind. While other American designers was working to build up a label, pushing ads out and trying to become a commonly used household name, Oscar de la Renta went a different path. Dressing Hollywood, filling the red carpet with silk and frills, he worked with high-profile cases and even dressing the First lady starting with Jackie Kennedy. Oscar de la Renta admired the feminine, proper, and dignified gowns made a name for himself unlike many designers.

Carrie’s “The Date with the Russian” Dress

Oscar de la Renta became a pop-culture icon with his work on movies and TV, especially with the designer’s involvement with Sex and the City. After this episode it’s safe to say everyone questioned what they wore to McDonald’s. The pink, classic dress was forever embed in our hearts as a classic. From the quote “You call him Oscar?” to the feeding of the French fry, no one can deny that Oscar de la Renta can be worn anywhere, anytime.

Jackie Kennedy was the first of many to bare the designs of Oscar de la Renta. The 1980’s was a stretch of Nancy Reagan wearing tomato-red and shoulder-padded gowns to dinners and events. During the 1990’s, not only did he dress Hillary Clinton, but convinced Anna Wintour to feature the First lady on the December 1998 issue of Vogue. It was the first time a first lady was ever featured on the cover. 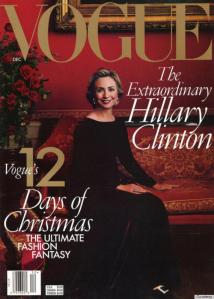 According to Scouting Magazine, Oscar de la Renta took what was once constricting military style uniforms and after a two year redesign, the classic look was achieved. The Boy Scouts were given new pants, shirts, the classic neckerchiefs. The designer told the magazine in 1980 “It should be suitable for strenuous activity; it should be made from an easy care fabric; and at the time the wearer should still look like a Scout.” Since the 1980’s boys, girls, and adults have the stylish attire due to Oscar de la Renta.

The Holy Grail of Fashion Awards

To say one knows anything about fashion, the Council of Fashion Designers of America should be one of the first things someone learns about. Between 1973 to 1976, and 1986 to 1988 Oscar de la Renta was president of the CFDA. Due to his work with the organization, the CFDA Awards came about. The awards, which de la Renta has been the recipient of many of them over the years, provides some of the ultimate honors in the fashion community. 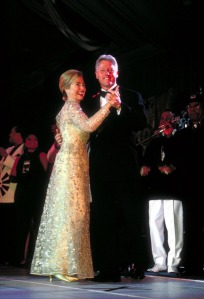 Of course, many of us will never get the opportunity to wear Oscar de la Renta, however the label and the designer has created quite the effect on the fashion community. From the runway to the red carpet, year after year he has managed to amaze us. Although the name Oscar de la Renta name lives on, the work that has been produced by this creative gentleman will not be forgotten anytime soon.